We use cookies to ensure that we give you the best experience on our website. If you continue to use this site we will assume that you are happy with it.Ok
Return to previous page
Home HIBA MAGAZINE Past Issues (Hiba) Jan - Mar 2008

My Journey to Awareness

I do not come from a particularly religious background. Regular prayers and fasts were never quite expected of me while I was growing up. I grew up in Singapore with its largely secular environment, where religion was never quite a thing of important consideration for most people. Singapore is a multi-cultural society with people of diverse ethnic, racial and religious affinities. ‘Free-thinkers’ or atheists are common place. I recognized myself as a Muslim, of course, and did go through the odd Quran classes here and there, learning a few Surahs. But that inner spiritual awareness as a Muslim from deep within was never quite there.

I began studying biology in secondary school and realized that I enjoyed it very much. The concepts of nature were fascinating. I was boggled by the precision with which nature carried out the rigors of the day. It almost seemed, as if the world was programmed by a faultless computer chip. I marveled at how sunlight, water and oxygen were brought together with the help of chlorophyll to synthesize food for trees, which, in turn, would be the producers of the entire food chain. I marveled at the precision of the human body – how a single cell could be credited with the beginning of man. The chapter on digestion in particular left me much in awe. Hormones, chemicals, the stomach, the intestines – everything was so organized to carry out the function of utilizing food for energy. As much as I might have wanted to, I could not ignore the extraordinary synchrony of life. Logic told me that all this could not possibly be a matter of coincidence. The existence of God Almighty (swt) was staring blatantly at my face, as I went through my biology books.

I decided to revisit the religion of my birth. At first, the prospect seemed daunting and frightening. Like many others, I viewed Islam as a rigid religion with fixed ideas. However, as I delved deeper into it, slowly but surely I realized the hidden secrets that lay within its folds. I was fascinated by the exacting facts of science found in the Quran that very much agreed with what I had learned in school. I think it was at that point that I began believing in Islam from deep within, instead of just providing lip-service to it.

As I learnt more, slowly but surely I became increasingly comfortable with my identity as a Muslim. I felt the urge to pray and to remember Allah (swt). Outwardly, however, I still wanted to ‘belong’. The people I was surrounded with did not hold being Islamic in a positive light. They felt that being overly Islamic was regressive. My circle of friends included Hindus and Christians, together with the so-called more liberal Muslims. I felt that I had to stay in the closet, if I were to continue to be approved by these friends. Deep inside, I wished to wear Hijab, but I dared not to for fear of being abandoned by the company I kept.

After marriage, I expressed to my husband my desire to go for Umrah, in place of the usual honeymoon to romantic locales. I wanted to see for myself the Kabah – the icon that Muslims all over the world faced in submissive prayer to their Lord. I wanted to feel under my feet the land, where Prophet Ibrahim (as) and Prophet Muhammad (sa) had once walked.

My visit to Makkah and Madinah was a life changing experience. I still remember the first time I laid my eyes on the Kabah. As I took each step closer and closer to the Harum, my heart was beating like a symphony of a thousand drums. And there it stood majestically – the Kabah, a symbol of our faith as Muslims. Tears could not stop rolling down my eyes. Was I actually here? A surreal feeling overcame me. My heart was heavy with gratitude to my Allah (swt) for inviting me into this sacred enclave. The few days that ensued were full of happiness. I felt a strong reaffirmation of my faith.

When the time came to bid Adieu, tears came a whole lot more – this time, however, they were tinged with a deep-seated sadness at parting instead of the joy of meeting. I knew, though, that when the time would come, Insha’Allah, Allah (swt) would invite me again.

I left Makkah and Madinah with a new resolve to become a better Muslim. I decided to don the Hijab and work hard on following the religion. My decision was greeted with a lot of surprise and shock. I had a whole flurry of reactions from both my Muslim friends and relatives and my non-Muslim friends. But nothing mattered anymore. It didn’t matter, whether I was in Singapore, America or Pakistan – I knew that I would try to live as a Muslim first! It was okay if I wasn’t included in a certain group. I reckoned that if the friendships were true to begin with, they would survive no matter what.

Alhumdulillah, today I can say that Allah (swt) has only eased my path and not hampered it in any way. Even in such a secular country as Singapore, I have found guidance to my faith. I have made also many wonderful non-Muslim friends, who accept who I am. Islam is truly a universal religion. Anyone anywhere in the world can live as a believing and practicing Muslim, if they choose to, provided they find the right balance.

Being a Muslim does not mean isolating oneself from other members of the society. In fact, I feel that it is even more important for a believing Muslim in a secular society to be ‘out there’ to help bring across the beauty of our religion to others. After all, if we lock ourselves in our fortresses, who will know of the good that Islam brings to one’s life? We need to allow the beauty of Islam to touch those around us through our action and manners.

Islam is a way of life for me now. I may not be perfect (in fact, I am very far from it!), but I know that I can reap only benefit by incorporating it in my life and family. Islam has given me inner peace and tranquility. Drop by drop, the vastness of the ocean of my religion is helping me in handling my existence in this worldly life with the serenity of spirituality.

Other posts by Ruhie Jamshaid

Adoption is an Option 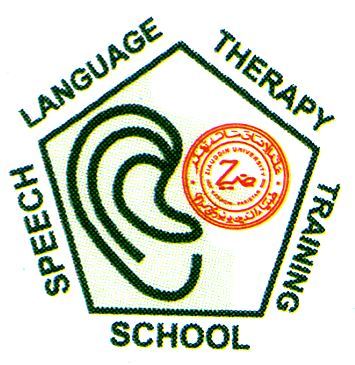 A basket full of folded pieces of paper